Banks and the Blockchain 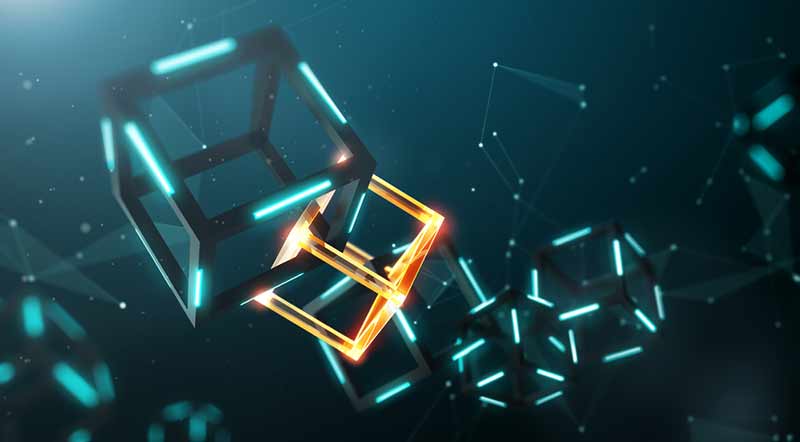 Blockchain technology was instrumental in the creation of cryptocurrencies, a digital ecosystem now worth more than half a trillion dollars. Interestingly, the main driver in the effort that led to the creation of the decentralized consensus protocol powering Bitcoin, the first cryptocurrency, was actually the desire to take power away from the financial establishment. However, the technology (now almost a decade old) is proving so useful that even established banks are becoming increasingly interested in it. To learn what some of the top use cases for blockchain in banking are and how close we are to it becoming mainstream read on.

Syndicated loans is a very slow-moving space. In fact, it’s safe to say that much of the digital revolution that we’ve experienced over the past few decades has passed this area by. The main challenge with it is the distributed nature of the activity. Since there are many parties involved in raising the necessary capital, there is a significant build-up in complexity due to having several instances of security requirements multiplied by each other. The result is an escalation in processes, which leads to very slow transaction settling. The natural antidote to this (understandable) lack of trust is the introduction of a trustless system, such as blockchain helps create. Since it creates distributed trust among a network of nodes (in this case, creditors) and eliminates the possibility of fraud, parties have the confidence to conduct business in a more agile way. This serves banks because it lowers the cost of doing business and helps the borrower by giving them quicker access to the money.

The second area that stands to benefit significantly from blockchain technology is trade finance. This has also been left largely unchanged by technological progress and the cost associated with doing things in a manual-intensive way is significant. Because a large number of parties must have access to the same piece of information during trade finance operations (agree on a common truth), crossing the finish line for many of these deals is surprisingly labor-intensive when you consider how pervasive global trade is. This can see a core improvement by deploying a system based on distributed ledger technology that all relevant institutional stakeholders could partake in. Of course, it would be difficult to establish but the benefits would by far outweigh the costs. It’s worth noting though that in order for the initiative to work, it would require commitment from everyone. Still, once the financial companies, the infrastructure owners, the manufacturers etc. got on board, the whole trade system would be transformed. Parties would enjoy almost frictionless processes irrespective of where they were based.

Finally moving on to identity. Have you ever considered how key people’s identity is for banks? If not, well you should know that establishing identity is one of the more important things you do when you’re keeper of the money. A large emphasis is placed on this especially in the 21st century due to the prevalence of organized crime, high-level corruption and terrorism funding. Now imagine creating an identity blockchain. No way to add or remove people illegally, no way for illegal parties to hide behind an institutional wall, everything protected with state of the art cryptography and shared instantly among all parties in the network. The banks would be more than grateful to eliminate fines for noncompliance. But Know-Your-Client policies are not the end of it, this goes farther than banks or the average consumer in the developed world. The concept holds an especially interesting promise for people in crisis-struck areas who lack physical forms of identification and are eventually forced to go back and rebuild their lives in administrative anarchy. Their plight could be massively improved if they had access to an identity and financial stack on their phone.

There you have it, three real-world applications of the blockchain in the banking industry that could benefit both banks and the general public substantially. But are they about to happen? Unfortunately, the answer is not quite yet. Since for much of its existence blockchain technology was relegated to the outskirts of corporate thought, not many resources were poured in research into this field. Of course, this has been changing ever since cryptocurrencies have started becoming more visible in the past few years but a lot of work still needs to be done around creating industrial-grade protocols and platforms. Currently the scalability, interoperability and sustainability of the available blockchains is a problem for future expansion. The positive side to this is that with its newly-won attention, more and more money will flow towards developing the technology and hopefully accelerate its becoming mainstream. I for one am very excited to see the blockchain made available to the masses because it will elevate the level of security, enable new services and generally speaking make life easier.

Thanks for making it to the end, see you next week!