Building a Business Case for an Architecture Model (part 7)

Worked example of building a business case for an architecture model in the private healthcare insurance industry focusing on data gathering and governance. 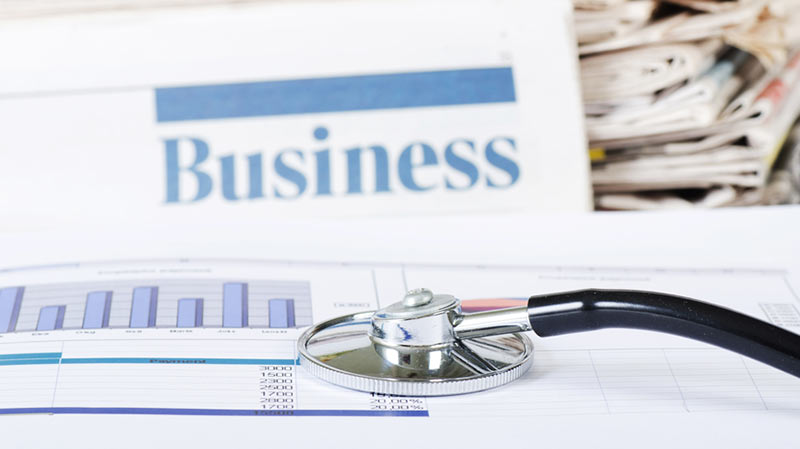 Moving on from last week, our second example is a private provider of healthcare insurance that operates in multiple jurisdictions. It has grown by acquisition, so that it has business processes that vary across different units, and significant duplication in its applications. There is an established solutions architecture team and review process, but no shared enterprise model at this point.

Regulatory Compliance.
As an insurance provider that is involved the company is subject to a large amount of regulation, even worse, the regulations vary from jurisdiction to jurisdiction. The most extreme case in this area is a class action claiming $4.9 Billion that has yet to reach trial, but we’ll work off the assumption that the risk magnitude is $115k – the average fine from HHS in the US for a failure. We’ll assume that architecture will only reduce this by half a percent, as the majority of fines come from laptops being stolen with customer information on them. So we have a value of $575 – negligible.

Security Architecture.
The company’s nature means that it maintains healthcare data. A consumer-facing breach can be devastating; for example, Target estimated that they spent $66Million dealing with the data breach to their system recently. We’ll assume a cost of major event at $50Million, and an architecture model reduces the annual likelihood from 1% to 0.5%.

Disaster Recovery.
They end up restoring from backup twice a year, and each time on average 5000 employees lose 2 hours of work, at an hourly cost of $60. So reducing this by 10% means a $20k saving.

Application consolidation.
The company has grown rapidly through mergers in the past few years, and there is a lot of duplication. A consolidation effort is in place; the estimation is that the architecture model will reduce the time spent on the analysis by 2 hours per week for the architect working full time on this effort. So at a value of $100 per hour, this saves $10,000.

Reduced System Downtime.
The current estimate is that 10,000 employees each lose 30 minutes a year due to system downtimes – the hope is that this will reduce by 10% a year thanks to better design facilitated by the architecture model, for a value of $25k.

Eliminating inefficiencies.
There are currently latency issues between branch offices and central locations, and this is estimated to cause the 20,000 affected employees to lose half an hour per year. There is a hope that an architecture model can help resolve this by 5%, for a value of $25k.

Faster analysis and design.
The 50 architects at the organization each work on, on average 8 projects per year. The company expects to save them 2 hours per project through enhanced analysis capabilities, for a value of $80k.

Reduced time to market.
The company is consumer facing, and its IT systems play a key role in most new initiatives.

For example, let’s assume that 10 new business initiatives involve the IT department each year, and each realizes $150,000 extra revenue each year. The architecture department estimates 2 weeks faster time to market on average, for a total value of $62.5k.

Improved Innovation.
The company expects that on average 1 extra initiative will be possible every three years, and the earn-out period of an initiative is 2 years. Then the value of this extra initiative, using the $150,000 annual value mentioned previously, comes to $100,000.

Project Estimation.
The company has decided that this is too difficult to estimate with any confidence as they do not have a clear picture of historical reasons for overruns. Therefore they have decided to not use this as a factor in their model.

Reference Architectures.
The company has 50 architects, and hopes to save each of them 2 hours per year, for a value of $10k

Capability Planning.
Capability planning is a key activity that the company is engaging in; in fact this was one of the reasons for looking at establishing an architecture model. There is a team of 3 architects working on this, and they hope to save 2 weeks in total as a one-off saving in establishing the capability map – for a value of $24k.

Culture of co-operation.
There is a strong culture of innovation already at this company; they have estimated that allowing better communication between staff has a 5% chance of generating a new initiative per year, for a 2-year value of $300k. This gives a value to the model of $15k.

Data Import.
The company will be importing from their CMDB, which has a well-defined XML export format. The tool vendor that they have selected already has the ability to import from ServiceNow XML, so no costs will occur in this area.

Import and conversion of existing diagrams.
There are about 25 relevant diagrams that the organization wants to import, and they will each take two hours to convert and import. At $100 per hour imputed cost, this gives a figure of $5k

Data Discovery.
The organization is performing a business function definition exercise as part of the architecture rollout, so that they can map functions to application. Two business analysts will work at $800 a day for 2 months, and 20 staff at an average of $600 a day will need to give 5% of their time to these analysts. This works out to a cost of $88k

Data cleaning.
The CMDB information is regarded as very up to date; there is already a regular cleanse/refresh process in place, so no data cleaning is expected.

Naming conventions.
The chief architect has formed a working team of 3 people that will workshop the naming conventions over the course of 2 days, for a cost of $4,800 (at $800 per day).

Resolving overlaps.
There are no data overlaps identified; the model is only importing from one data source, and that has no significant problems.

Obtaining buy in.
A team of two people spend 8 hours to create materials for a road-show, plus an hour for a meeting with each of 10 stakeholder groups, with a further hour for follow up each time. Each stakeholder group sends two delegates, so that the total cost becomes $3600.

Establishing Processes.
The chief architect has formed a working team of 3 people that will workshop the processes over the course of 2 days, for a cost of $4,800 (at $800 per day).

Training.
There are 50 architects, who will each spend a day in tool training; plus, 20 of them will spend a day in specialized modeling training, for a total cost of $56k.

Tools.
The company has spent $60k on a tool, and will be paying $20k annually.

Architecture review.
There is already a governance reviw process in place – so while On average, each of the 50 architects works on 8 projects a year, the extra overhead is only expected to be 30 minutes per architect per project – for a cost of 20k.

Updating the model.After review, it’s anticipated that each project will require the relevant architect to spend 2 hours updating the production model – for a cost of $80k annually.

So, based on the previous analysis, we get the following;

This second example shows an immediate value in the first year of $280k. The majority of the value for this organization comes from the faster time to market and the risk reduction – resulting from their status as a consumer-facing organization that handles health information.