Enterprise architecture concepts can often be dry, academic and difficult to grasp - but apply an analogy, and things start to get a lot clearer! 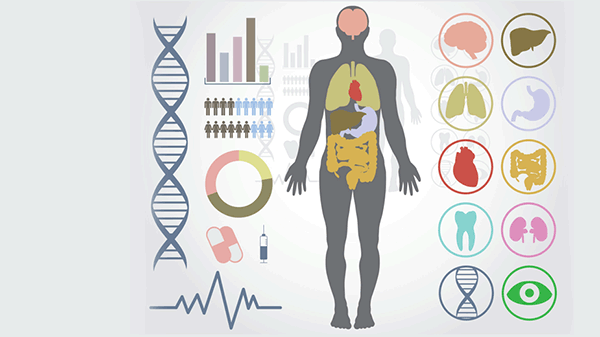 One common technique that you encounter within enterprise architecture is that of ‘viewpoints’, and while they can be quite useful, I’ve found that sometimes business users can struggle with the concept – it can seem dry and academic to them. In such a situation, a tried and tested approach is to fall back on the use of analogies to make a concept more familiar.

Now, there’s a couple of analogies that I’ve found particularly useful to explain the concept of viewpoints in the past – one of these is to use the concept of a building that has multiple different systems – ventilation, electricity, water, circulation, safety. However, not every analogy works for every audience, and sometimes I’ve found a different analogy to be useful, taken from my high school biology textbook.

But why do we have viewpoints? Why is it a useful concept? Because filtering information is a way to get a better understanding of a complex system. All models have some form of abstraction in them – we don’t discard a globe of the earth simply because it doesn’t contain molten rock.

So, essentially, viewpoints are a way to strip out details by only viewing a specific aspect of the system at any one time. Both TOGAF and ArchiMate specify a set of viewpoints, and while there have been those who argue that having a formally defined set of viewpoints is not actually helpful, I’m comfortable stating that the general approach of viewpoints is a useful one. Which brings me to the point where we can consider what analogies might explain the concept to a layman.

I feel like I’m on safe ground when I say that the human body is a complex system, and in fact traditional human anatomy considers the human body to be made up from a number of different systems. We have the circulatory system, the respiratory system, the skeletal system, the nervous system, the muscular system… the list goes on and on. Yet I’ve never seen a textbook that tries to discuss all these systems at once – and certainly not to display them all at once.

So, using the human body can be a valuable way to explain the concept of viewpoints. My elevator statement explanation would be:

“Viewpoints show different aspects of the overall picture to make it digestible – it’s the same way that biology textbooks break the human body out into different systems to make all the complexity understandable.”