What Recession? IT Professionals Go Full Steam Ahead 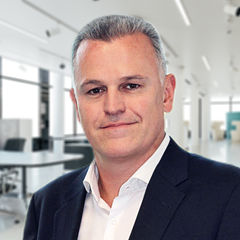 Orbus Software has been featured in an official book published for the Platinum Jubilee Pageant. Titled ‘Her Majesty The Queen: The Official Platinum Jubilee Pageant Commemorative Album’, the book will be launched on 5th June 2022 as part of the UK’s unique four-day bank holiday weekend of jubilee celebrations of The Queen’s extraordinary 70-year reign.

At a time where digital transformation efforts are accelerating globally, Orbus Softwares’ involvement  is a result of its innovative work in helping customers in industries such as finance, pharmaceuticals and manufacturing to architect their digital future.

The endorsement reinforces Orbus Software as part of a wider discussion around the ways the UK has evolved over the last 70 years. It also helps to build a picture of what the future will be like, and why businesses today need to be operationally resilient and have complete visibility into digital processes against the current volatile market.

The book provides a unique window into Her Majesty’s decades of service and one of the most extraordinary lives of this or any other era. Produced by publisher St James’s House and written by royal authors Robert Jobson and Katie Nicholl, with contributions by Tom Parker Bowles, the hardback publication will be unveiled on The Mall in central London during the pageant and launched in the ballroom of Claridge’s hotel in Mayfair.

“We are truly humbled to be a part of this historic moment. To be featured in this book is a real endorsement for Orbus Software. Her Majesty has been an influential presence for generations, and as a London-HQ’d company, showing our support is extremely important.”

Her Majesty The Queen: The Official Platinum Jubilee Pageant Commemorative Album is available to order at www.stjamess.org/shop.