Building a Business Case for an Architecture Model (part 5)

Explore benefit and cost categories for an architecture model looking at components for each of them, using this breakdown to estimate benefits and costs. 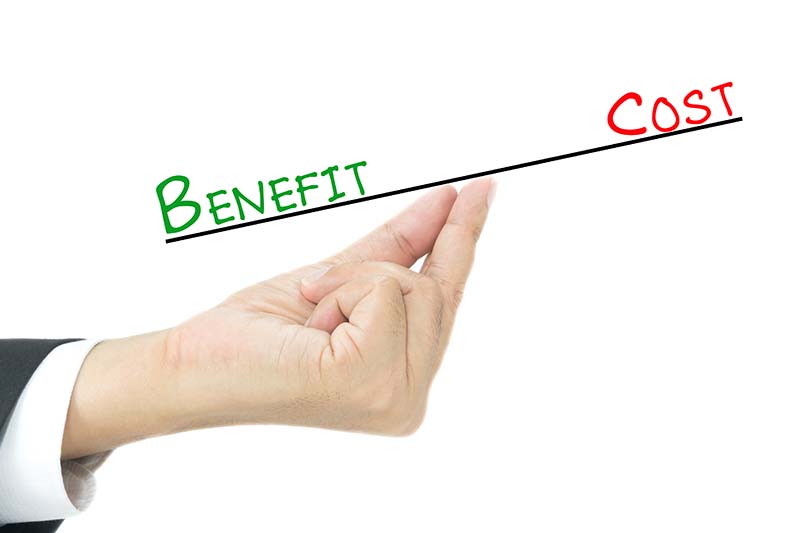 Now we can use the cost breakdown structure identified in part 4 of this series to come up with a working estimate of costs for managing an architecture model. As with the benefits, it’s not going to be realistic to create a simplistic formula that we can plug numbers into – we are creating a framework.

A brief word on estimating staff costs. Depending on the jurisdiction we can assume a 40-hour week and say 47-50 weeks in the year. This works out to 1880-2000 hours in a year. Dividing an annual salary by this amount gives us an hourly rate for salary; we then multiply this figure by a multiple to impute overheads. I’ve heard 1.5 used, also 1.75. So an architect making $120k per year and working 2000 hours would have a base hourly cost of $60 per hour, multiplying by 1.75 gives $102 an hour or $816 a day. The precise figures to use are less important than that they should be ones that you can defend.

This will be driven by what data format is available, what data exists, and so on. I might assume half a day to analyse an input file, the same time again to discuss and specify requirements, and transformation would depend on the format – writing simple Excel macros might only take half a day, creating an XSLT or a SQL extract would take longer, perhaps a few days. We can multiply this by the daily rate for the relevant person to estimate a cost for each interface. For example, for 2 interfaces, each taking 4 days at $800 a day works out to $6400 in cost.

Import and conversion of existing diagrams. Again, this will depend on circumstances, but if we are given Visio diagrams to work with, I would estimate 2 hours per diagram as Visio 2013 has a shape replace feature. Other tools may take more or less time. Let’s assume that we import 100 diagrams at 2 hours per diagram; at an hourly rate of $100, it costs us $100*2*100 = $20,000.

We’ll assume a core working team agrees a naming standard; this team consisting of 2 leads, meeting twice each with 3 groups of domain owners (each sending 2 representatives) for an hour each time, with the leads performing an hour follow up after each meeting to address action items and so on. So we have 10*10*$100 + 2*2*8*$100 = $13,200 to establish processes.

As for data discovery on several factors, primarily it will depend on the level of overlap. If we assume that two SMEs at $800 a day will need a week to agree on and implement a mechanism to resolve conflicts, we would spend 2*5*$800 = $8,000 on data conflict resolution.

In general I would budget 8 hours of two people’s time to create materials for a road-show, plus an hour for each stakeholder group, with a further hour for follow up each time. Assuming that we have 10 stakeholder groups with 2 representatives each, this works out to 8*2*$100 + 10*2*2*$100 = $5,600.

Based on past experience, training in a modeling standard will generally take a couple of days to full proficiency. Training on processes and working practices will take half a day.

This will, naturally, depend on the tool, the number of seats, the precise options chosen and so on. Most tools that I am aware of will cost five or six figures, quoted in dollars, once you’ve paid installation, year 1 maintenance, etc.

Again, this will depend on the vendor and the scope. Most vendors that I know rates for charge their consulting out at $1500-$3000 a day, and an engagement will last between a couple of weeks and several months. So we could be looking at a five figure sum, say $30,000.

In general, this actually imposes less overhead than might be expected, depending on whether the organization in question already has an architecture review mechanism in place. We’ll assume that each project requires a 1 hour review meeting of 5 people and 1 hour preparation for the architect. If an organization has 100 projects completed annually, this makes 1200 hours*$100 hourly cost = $60,000 ongoing.

We’ve now taken some benefit categories and cost categories, looked at components for each of them, and used this breakdown to consider how to estimate benefits and costs.

In the last two posts of the series, I’ll apply this structure to a couple of examples that are based on real implementations that I’m aware of, applying the formulas above and from part 3 of the series.