Pilots use check lists to ensure the plane is prepared for take off, and doing so reduces the overall cognitive burden they are placed under. Could we use a similar approach in processes? This article examines the relationship between decisions, business rules, and business processes. 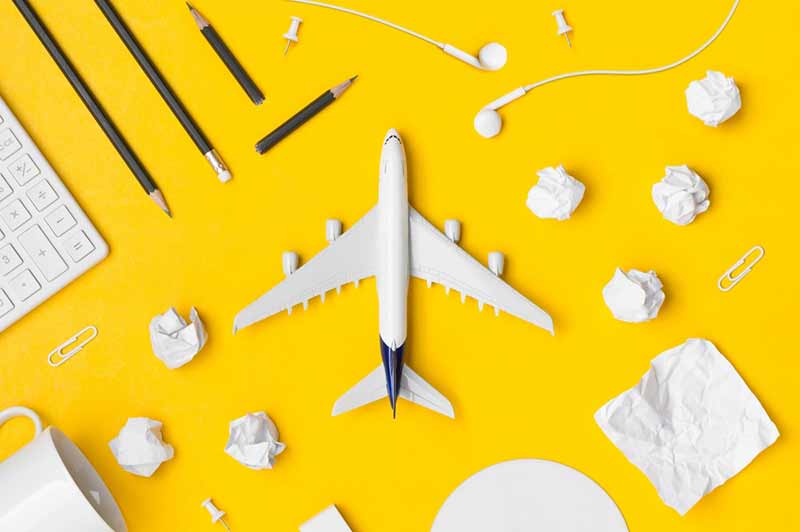 Analyzing and optimizing business processes can help work flow through an organization far more efficiently.  We can remove bottlenecks, remove redundant tasks, and pave the way for a quicker, slicker, and better process—one that saves us money whilst also delivering a better experience to the customer.  Yet, often to fully achieve this goal it’s necessary to think beyond the process itself and work to understand the business decision making which is embedded within it.  It is quite possible to have an otherwise efficient process that grinds to a halt simply because the decision making is undefined, unclear or unwieldy.

When decision making rules are unclear, this can cause issues for those undertaking the work.  It’s easy to make seemingly simple sounding statements in the comfort of a conference room that lead to interpretation and confusion amongst those who actually undertake the work.  A statement such as “We can only accept orders from customers who have an address in Europe” may sound entirely clear.  Yet, even with something so seemingly clear, multiple interpretations could be derived.  For example:

If we do not clarify the precise intent of the rule, it is likely that (quite understandably) it will be applied inconsistently as people draw their own conclusions.  This can lead to inconsistencies between teams and can lead to situations where customers receive vastly different experiences depending on who happens to be dealing with their case.  It can also lead to decision paralysis when something unusual is received. For example: “The address is in Guernsey.  Guernsey isn’t a member of the EU, although it’s part of the EU customs union.  It is on the continent of Europe, and it’s a Crown Dependency of the UK – do we count that as a European address or not?”.    The case gets shuffled between desks until finally, someone makes a decision. A ‘simple’ rule has suddenly been exposed as being far more complicated than it first appeared!

This example highlights why it is so crucial to consider the analysis of rules and decisions alongside process. Of course, if we were analyzing this particular rule we’d want to ask why having an address in Europe is important.  Perhaps the real rule is ‘we only ship to places that XYZ courier can deliver to’ or ‘we have chosen to only ship to places where a customs declaration isn’t necessary’.  Either way, rather than a ‘blanket statement’, having the specific rules and parameters that underpin the decision built into the process will drive consistency. This would likely be achieved via an IT system (which flags up whether the specific address is acceptable), or via some form of decision support system (which, in a manual process, could start as a list of acceptable countries).

By analyzing the rules, as well as the process, we help reduce the cognitive burden on those undertaking the work.  Rather than causing delays by having to laboriously consider and scrutinize every routine case, we create a situation where this level of consideration can be reserved for the truly exceptional cases.  After all, there will always be customers or which don’t fit the mold and that present us with situations that we simply never expected.

A perennial discussion point amongst process modelers is ‘how should we depict decisions and rules on a process model’. Most process modeling approaches include ‘gateways’ which show the outcome of a decision.  However, rules themselves are best abstracted away from the process itself and defined and managed separately.  The Business Process Model & Notation (BPMN) approach even provides a ‘Business Rule Task’ element that we can use to show where rules are being run.  The rules themselves can be defined in any appropriate way, whether as decision tables, declarative text, or utilizing a modeling approach such as Decision Model & Notation (DMN).  Abstracting decisions away from processes also means they can be managed separately—which conceptually allows rules to be re-used between processes.

In conclusion: undertaking process analysis can help us to optimize processes, but it is also crucial to keep decisions (and the rules that underpin them) keenly in our focus. Focusing on rules ensures we do not create situations where work gets stuck because the ‘proper’ decision is unclear.