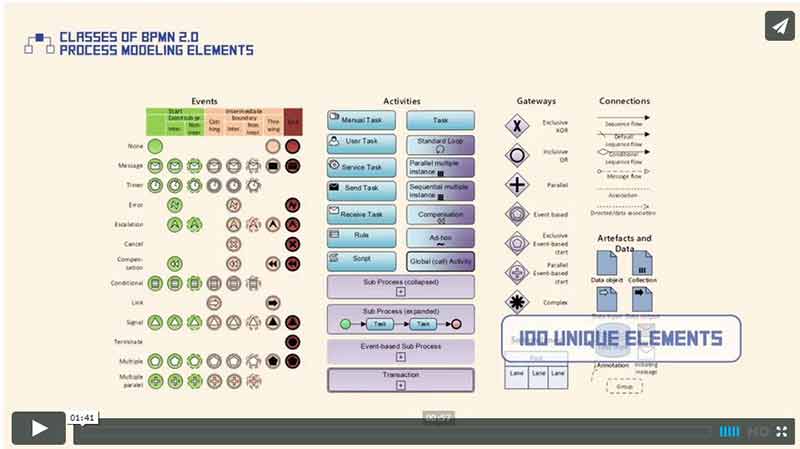 BPMN 2.0 consists of more than 100 unique elements as well an advanced set of rules regarding their usage.

This also means that BPMN is rich and complex, which could potentially discourage people from using it.

One way of simplifying the usage of BPMN is by using only a portion of the defined process modeling elements. BPMN supports this idea by defining three standardized element subclasses: Descriptive, Analytic, and Common Executable.

The simplest subclass is Descriptive. It is concerned with visible elements and attributes, which are used for high-level modeling.

Descriptive process diagrams should be kept simple, and be easy to understand for the executive or senior management who might have a limited experience in BPMN.

The Analytic subclass of elements is more detailed and includes all elements from the Descriptive subclass, as well as almost half of all process modeling elements.

The analytic subclass of BPMN elements enable detailed process modeling and analysis, which is a precondition for process improvement.

The final subclass of elements is Common Executable. The palette of common executable elements is between descriptive and analytic, but includes attributes related to executable details.