ProsiebenSat.1 transform their business with iServer

In order to improve enterprise agility, effectively deploy a new media asset management system, and take back control of the organization’s increasingly chaotic technology and application landscapes, ProSiebenSat.1 decided in 2015 to address the problem head on. They created an EA department, recruited enterprise architects and started to build their architecture from scratch.

Deploying iServer was simple and only took a few days. Less than one year after initial deployment, the company finally got a clear understanding of their application and technology landscapes. iServer’s easy to govern central repository made navigating content simple and effective. The platform’s impact analysis capabilities played a key role, reducing company spending and decreasing overall complexity.

ProSiebenSat.1 Group is one of the most successful independent media companies in Europe. Advertising-financed free TV is the Group’s core business. The station family comprising SAT.1, ProSieben, kabel eins, sixx, SAT.1 Gold, ProSieben MAXX, and kabel eins Doku is the Number 1 in the German audience and TV advertising markets.

In recent years, the company has launched several new free TV channels and has also expanded into new business areas such as e-commerce and digital entertainment. The Group’s broadcasting, digital entertainment and ventures & commerce portfolio is supplemented by the international program production and distribution company Red Arrow.

In order to improve enterprise agility, effectively deploy a new media asset management system, and take back control of the organization’s increasingly chaotic technology and application landscapes, ProSiebenSat.1 decided in 2015 to address the problem head on. They created an EA department, recruited enterprise architects and started to build their architecture from scratch.

ProSiebenSat.1 had never had a central location to collate all the information on their processes, or enterprise software and infrastructure. This meant that if input was required from an application owner, the only way to reach them was often through informal channels (a colleague who knows a colleague, etc.). They were unknown on a central level and there was no standard procedure in place for finding out.

As part of this large-scale transformation project, the department procured an EA tool, which in their case was Alphabet. This was a period of slow progress at ProSiebenSat.1. The first task the team set out for themselves was to identify how many applications and technologies were in use throughout the organization.

Users struggled with the tool’s usability and lack of flexibility. Due to the difficulty they experienced in configuring the tool, the EA team were reliant on Alphabet consultants for small customization tasks. Importing data was another struggle, producing low quality content and unfortunately for them mediocre results further down the line. After a year of trying their best to make it work, the EA team ultimately decided to look into other options.

Deploying iServer was simple and only took a few days. An experienced consultant provided on-premises training for both regular users and administrators, and conducted a straightforward import of all vital data into iServer. Owing to iServer’s gentle learning curve, the majority of users took up the basics quickly, meaning they could start using their new tool without the need for additional training.

Less than one year after initial deployment, what benefits has ProSiebenSat.1 registered using the platform? To begin with, the company finally got a clear understanding of their application and technology landscapes. iServer’s easy to govern central repository, along with the iServer Data Exchange integration module and the Views functionality, made navigating content simple and effective. Departments are now able to access vital information regarding their applications etc.

The platform’s impact analysis capabilities played a key role in this process. The ability to identify the dependencies between systems in their architecture proved tremendously useful in rationalizing their application portfolio. It enabled the EA team to identify and make well-informed recommendations about little used or redundant software and technologies. This reduced company spending and decreased overall complexity, which of course was a testament to the department’s effectiveness.

Another area where iServer made a significant impact was in generating documentation. Whether solution owners or enterprise architects, technical architects or solution architects, users can now readily carry out their work without the need to consult anyone. For instance, they may use Visio to create target states transition along with intermediary states; valuable technology roadmaps to guide investment; dependency visualizations clarifying architectural intricacies; or spreadsheets, which are very useful to level management figures that use Microsoft Excel substantially in their work.

Finally, thanks to iServer Portal, one of our platform’s main communication modules, the EA department can effectively disseminate information in a targeted way that not only increases a project’s success likelihood, but also safeguards the integrity of the repository content. This enabled ProSiebenSat.1 to minimize wasted investment, streamline operations and start creating standard processes for dealing with enterprise change.

ProSiebenSat.1 organized a tender process and, after carefully reviewing a number of vendors, they chose Orbus Software’s iServer for their practice. The presales process went smoothly and thanks to the questions before the demonstration, the architects saw their exact areas of interest during the initial live presentation. There were a number of features that made Orbus’s business and IT transformation solution stand out from the crowd for the team. 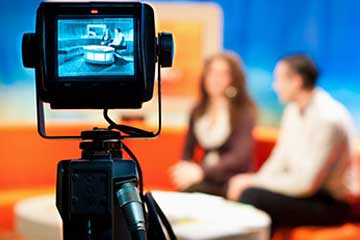 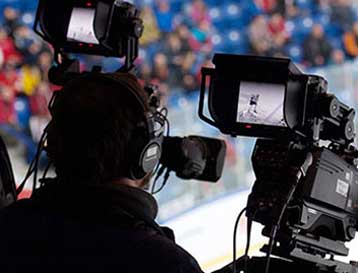 iServer allows for incredibly easy customization whether it be modifying attributes, changing the meta-model or carrying out any other type of customization to reflect the reality of the organization. It granted architects and analysts the independence they needed to carry out complex tasks without having to stop due to limitations in the software’s usability.

Furthermore, the team charged with purchasing a replacement tool were immediately captivated by iServer’s impact analysis capabilities. While initially, it hadn’t been on ProSiebenSat.1’s list of tool functionality must-haves, iServer Impact Analysis Visualizations tool stood out as key functionality that promised to bring major enhancements to the way they conducted their work. It offered the team attractive visuals which promised to be invaluable when deciphering the intricate relationships between the artifacts in their future repository.

Lastly but significantly, the iServer platform’s seamless integration with Microsoft’s Office Suite ensured users would be able to create standard consistent architecture documentation while continuing to use the tools they knew and preferred, such as Word, Excel, and Visio. And of course, there was the additional appeal of the short uptake time, as users could simply advance the Microsoft skills they already had.

Are you ready to take controlof your digital transformation?

"We Wanted Something That Made Sense, That Was Easy To Understand And Use. The Simplicity And Flexibility Is A Hallmark For iServer. Dependency Analysis Wasn’t Required In Our Tool Evaluation, But This Function Is Highly Beneficial And Great For Presentations. It Is Useful To Visualize Complex Situations And To Explore The Details Live." Max Körbächer - Enterprise Architect