Investec had a successful migration to iServer365 and have seen strong results so far, with a lot of promise for the future. 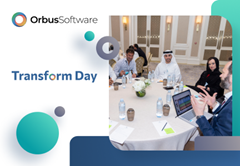 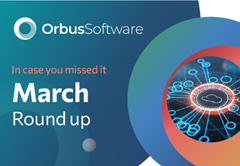 Orbus Software are delighted to announce that Investec have chosen iServer365 as their SaaS platform for digital transformation, continuing a long standing relationship.

Investec is an Anglo-South African international banking and wealth management group. Founded in 1974, Investec provides a range of financial products and services to a client base in Europe, Southern Africa and Asia-Pacific and currently employs 8,200 staff globally.

Though Investec had been satisfied with iServer from the start of their use, several factors contributed to the decision to migrate to iServer365. Among these was a change in the strategic direction of the firm’s application portfolio: Investec is moving towards SaaS or cloud provision for its entire application and technology landscape, seeking to simplify and improve efficiency. As such, iServer365 was a natural choice.

Investec’s long-standing partnership with Orbus Software was a key factor in the implementation of iServer365. The architecture team are on a first name basis with a number of Orbus employees and have no trouble reaching out directly for support or advice. Investec was particularly impressed that Orbus CEO Michael D’Onofrio was directly involved in ensuring the project’s success.

Since the transition, Investec have seen much wider use of iServer365 across the organization, with many non-architects brought on board thanks to iServer365's ease of use and familiar Microsoft interfaces. In addition, the EA team have been able to rationalize and simplify the application portfolio, bringing cost savings and attracting the interest of the COO for further opportunities.

“It’s been a good experience, a good partnership. The responsiveness of the team, and having access to people, has been great. The support channel is awesome. It really makes the experience easy.”